Hello all.
So did no one besides me think that video was funny?
Maybe you have to know my husband.
He doesn't say much around most people but everything he does say is funny.
People think he is quiet which is not true at all.
Anyway....I thought it was hilarious!

Halloween was fun.
Caroline was sick with sinus problems.
We went Trick-or-Treating on the Square during the day.
Had to cut it a wee bit short because she just wanted to go home and lie down.
Didn't even get any pictures of her outfit but I will take some this week.
Here's our little cowgirl - looking miserable... 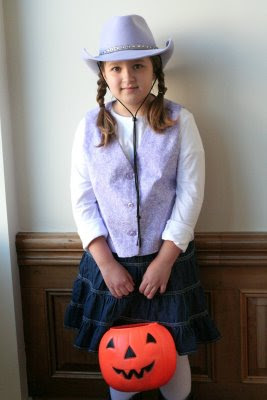 Here's a funny story.
This guy was giving out candy, on the Square, dressed as Captain Jack.
He was acting drunk, hopefully as part of his character, so we thought that was funny.
But was Captain Jack gay? I don't think so.
My husband was with me, looking fine, as always.
He had on mirrored sunglasses, a black jacket and t-shirt and jeans.
This guy looks Mike up and down and says, "I like your costume."
ha!
I looked at Mike and Mike said, "Thanks." and kept walking. It was a hoot. 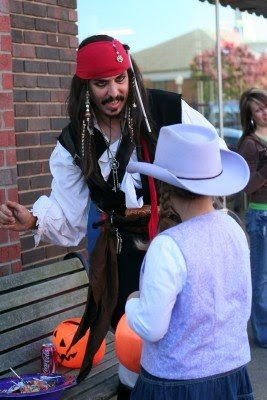 This is my friend, Shawnel. Her son refused to put his costume on.
I said, "let me get a quick pic of the two of you" so she tried putting it on again.
He was NOT happy. I love this little guy. He is soooo cute. 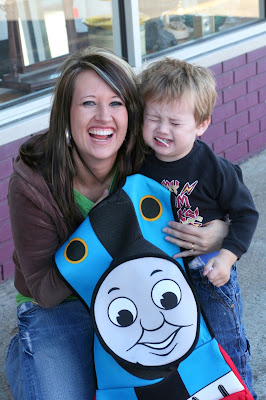 Now before I take them down, I thought I'd share some pictures of my Halloween decor.
Here's a cute little kitty I bought this year and a pumpkin I scored for $3 at Joann! 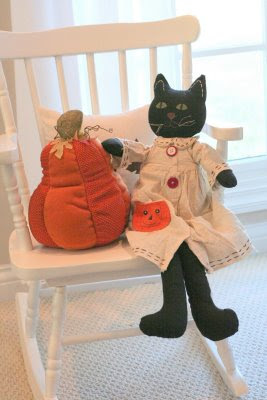 Here's my front porch decor - I'm keeping it up for about three more weeks. I need a new Mum. 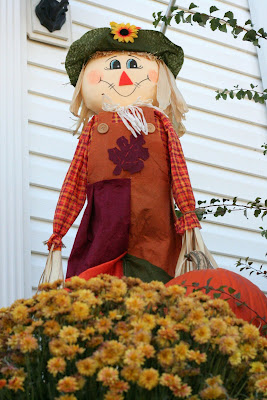 And here's my favorite little guy (middle) that I need to take down.
I absolutely love him! I got him at Tuesday Morning and I'm sad to see him be put away. 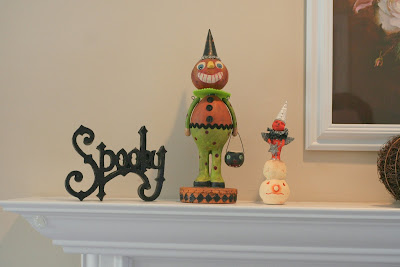 How was your Halloween?

I'm starting a new project called "thankful."
It's a mini-album with a picture from every day in November.
Each day, I'm asking myself, "what am I thankful for today?" and taking a picture to show it.
I'll post the pictures I've taken so far tomorrow.
Along with information about how I'm doing the album.
I already have the album ready and the sketch/plan. This should be simple to put together.

Blog ya later!
Posted by TracieClaiborne at 11:18 AM

and the captain jack story is hilarious! :D