my life with cable tv

This is gonna sound really strange to most of you but here it is.WE JUST GOT CABLE TV.
As in - we didn't have it before now. I don't think we've had it since my daughter's been alive. She's almost 12.

So let's talk about tv! Can we? For years, I have heard people talking about shows and just smiled and nodded. ha!
Now I can watch those shows! Some I like, some are more bizarre than I imagined! (Like Sister Wives.)

For instance, I finally watched "Extreme Couponing" on TLC today.
I had wanted to see it for a long time after hearing some friends discuss it.
I was annoyed after the first show because they take all the good stuff and buy too much of it! 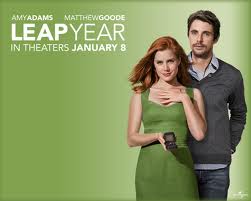 I had no clue that they show movies during the day on cable. Since we got it, I have seen:

- Leap Year
- Bring It On
- Indiana Jones
- Pretty in Pink
- Pretty Woman
Probably more. Not the entire thing of any of them, except Leap Year, which I highly enjoyed. 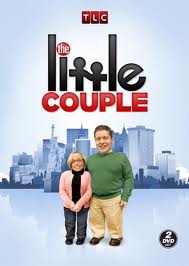 I like the show "The Little Couple" on TLC. It's fascinating to see someone 3'2" and how they live their life.
Their house is incredible too!

I was excited about HGTV but so far, it has bored me!!!
I think I binged on it the first night with some show called "Property Brothers" and "Love It or List It" - something like that. I did like that one.
But after a while, it's the same thing over and over.

Caroline has loved having the Disney channel, of course.

So what am I missing? What do you like on tv? I have no clue if I'm missing some fabulous shows. I think it's all just a big waste of time. I still only care about my prime-time shows which number less than 10 and are all on the major networks. Castle, DWTS, Person of Interest, Mentalist, CSI:. I do like Ringer on the CW but that's it.

Are there any crafty shows? Does scrapbooking even still come on QVC?

What are your favorites? Fill me in!!!
Posted by TracieClaiborne at 12:00 AM

congrats on cable! all the channels is certainly fun!!

we like to watch the cable shows like breaking bad, madmen, bones etc. those are our faves!!

it is funny we are thinking of getting rid of all the cable and just get basic cable because we are switching to roku- which is video streaming. we are loving it!!

Funny Thing...I just got cable a month ago after about 5 years without it and the last 3 years without TV at all! Guess what no one hardly watches it ...I have a son (15) and daughter (13) and they do use the internet constantly but none of us hardly ever use the cable...We were hardwired to read or do other things..I will probably keep the internet and cancel the cable if we don't start using it more.

If it were up to me, I would probably get rid of cable entirely. But my hubby likes to watch the movie channels like HBO and Showtime. The shows we wind up watching together are shows like "Storage Wars" and "Deadly Catch". My son likes "Mythbusters". And you are right about HGTV. I feel like if I've watched one show, I've seen them all. But I still get sucked in at times. lol! I know your daughter loves Disney. I would too at that age. :-)

I can't really answer your question because we don't have cable. LOL! No plans to get it any time soon either much to my DD's (11 years old) dismay. :)

Truthfully, I like to say I am not a tv person, but I do record quite a few shows on my DVR (we have At&t Uverse) I get pretty backed up thought and find myself doing a tv marathon on nights my husband is out of town :)
I think most of the shows I watch you can get on regular channels though!
I love So You Think You Can Dance, The Voice, Gossip Girl (guilty pleasure that I get mad at every week and then keep watching), Modern Family, The Secret Circle, America's Next Top Model and Glee. Although Glee has been a little off for me lately.

I do like catching Golden Girls and Friends re-runs on Lifetime network and Nick at Night.

Not sure if that helps you at all (lol)

I tend to watch the movies on cable. We have all the movie channels and so I watch some of the shows, but mostly the movies.

Oh boy...you have to catch Duck Dynasty on A & E....hilarious educated rednecks...the multi-millionaires from inventing duck calls! Even Jenni watches it...if you can believe that! Wednesday nights at 9 pm...of course reruns are on as well...would love to know what you think! Oh and I changed my voicemail message...

We dont have cable either. I don't think you're missing anything, truly! But I do like to buy TV shows from cable on DVD once they come out. I find it more enjoyable to watch them all at once and with no commercials. I highly recommend Mad Men Seasons 1 and 2 on DVD.


Great Post ...Thanks for your great information, the contents are quiet interesting.Stream Tv Online Free is amazing thing. i have visited a site www.tvuniverseonline.com i liked the wonderfull collection of online Tv shows.