printing a sentiment inside a card

My first step in making a card (after choosing the size), is to print the sentiment inside.
I get asked often how I do that so I thought I'd make a little video to explain it.
I tried filming this five times and on the fifth time, this time, the phone rang and cut it off so keep reading after you watch.
If you want to see this close enough to see the words I'm clicking on the screen, watch at YouTube by clicking the link on the video or this link.

The only thing I did not get to say is that after I follow these steps...I put the card directly into my printer and run it by itself.
That's where a rear-feeding printer comes in handy. Mine looks like this.... 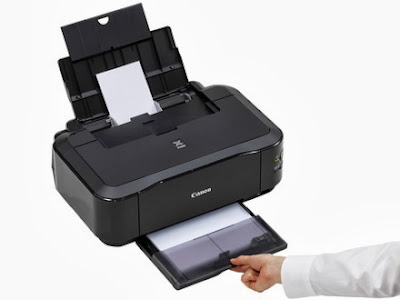 I use pre-made card bases and I love just zipping them through the printer.

Now having said that....if you do not have a rear feed printer, you can experiment with attaching your card to a full size piece of paper by printing a draft version while leaving the text box outline black and using temporary adhesive to adhere your pre-made blank card base to the draft and then running it through.

OR you can make your card on the screen on an 8.5x11 format (like I did in the first part of the video) and print the card on a piece of cardstock (8.5x11) and then cut it down to size. The card I used as an example was really large but if you were making a smaller card, like the standard size 4.25x5.5 - you would still use these same steps. Your card would be 8.5" when open and 5.5" tall so I would make it in portrait orientation (on a full piece of cardstock) and then just trim 5.5" off the bottom once you printed. You could even make two at once and print both sentiments and then cut that piece of paper in half! Maybe I'll make another video about that. :)

I hope this helps! Let me know if you have any questions!
Posted by TracieClaiborne at 8:15 PM

thanks for taking the time to explain, adding inside sentiment

Unknown said...
This comment has been removed by a blog administrator.
12:04 PM

Great article with excellent idea!Thank you for such a valuable article. I really appreciate for this great information.. cheap postcard mailing service printing

Many human beings have a tendency to think about print as a loss of life medium, and who can blame them considering the big advancements in era over time? some companies are even taking it a step further into completely paperless manufacturing. signs and symptoms like this display that the world has developed, seizing opportunity in the acutecomfort of digital garage and on-line advertising and marketing. Saving groups money and time for physical storagecontrol and company, that can now be without difficulty solved with the click of a button. postcards printing

I am curious to find out what blog system you’re using? I’m experiencing some small security problems with my latest blog and I’d like to find something more safeguarded. Do you have any recommendations? esigns vinyl banners