did that really happen?

Every night when I go to bed right now, I think of last Tuesday night and a smile slowly spreads across my face. I ask myself, "Did that really happen?" Then I feel giddy because yes, yes it did! What really happened was that I was backstage at the Grand Ole Opry with Keith Urban!!! 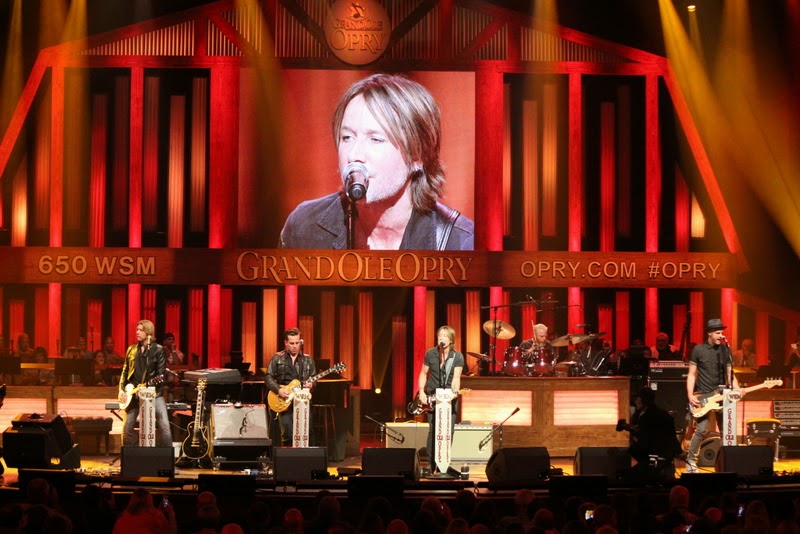 No, I didn't speak to him. I could have. I was close enough. There were moments I could have mustered my courage and said something. Anything. But I didn't because really, what do you say to someone who is larger than life? "I love you" or "I'm a huge fan" has been said to him so many times that by now it must seem a bit old.

So I just stood nearby, watched him and grinned like an idiot!

Here's the story. I'm very blessed to have friends who, like my husband, work in the music industry. Driving home from hanging with one of our besties the other night, I saw Keith Urban on a billboard for the Opry. I had just left my friend's house and her husband plays drums for Lee Greenwood. I remembered her telling me earlier that night that Lee was going to be on the Opry on Tuesday and I realized it was the same night as Keith!! I called her practically screaming asking her if we could all go and she said they would see. The next day, Lee kindly said we could go if I promised to take pictures of him, as I did the last time. I told my sister before we went for a walk and we both jumped up and down in the parking lot screaming!!

I was kind of sick to my stomach on the way there, knowing that I would be close to Keith. I know how it is backstage, you just kind of run into people and they walk around right where you are so I knew we would probably see him. We got there and it was quiet so we went out on the stage to watch. It was a sold out crowd! I've never seen that before! 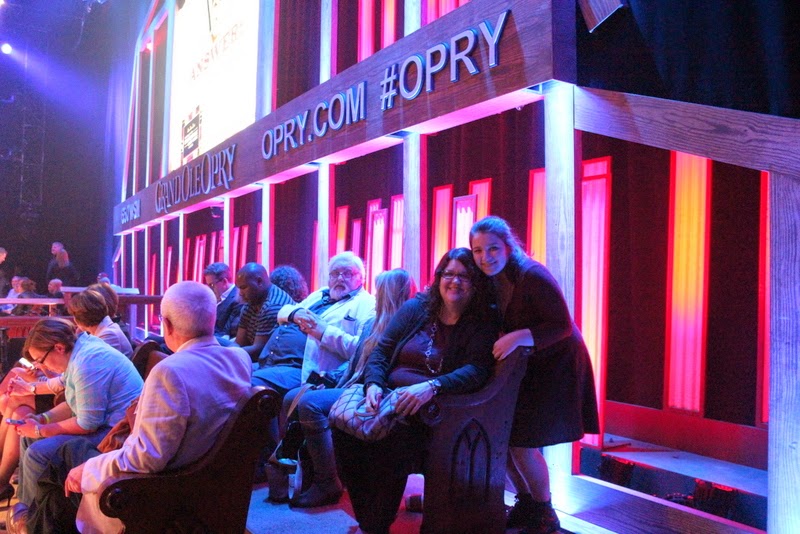 After listening a few minutes, we went back to the dressing room. Then it happened...Keith appeared out of nowhere! Right outside Lee's dressing room door! Right outside it! I stood there not knowing what to do while he talked to The Willis Clan, a group also performing. I felt goofy but I snapped some pictures anyway...why not, I thought, he's used to it. My hand was shaking so I steadied myself, took a breath and tried again.... 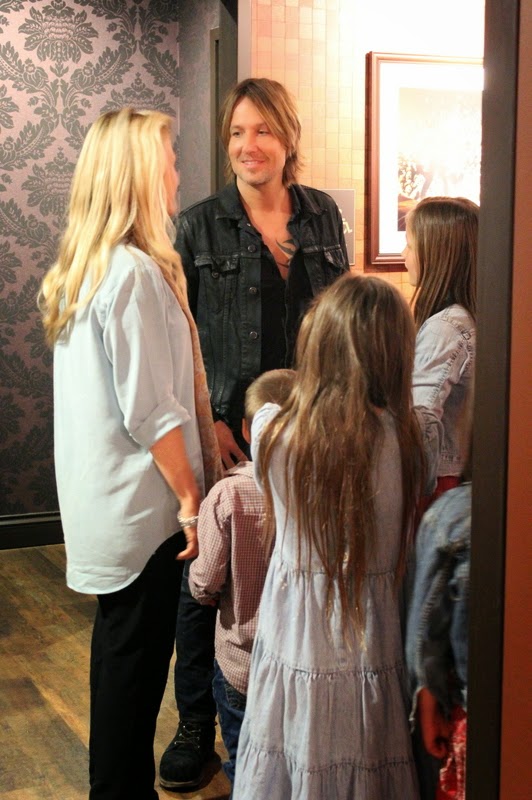 This is not zoomed in, people. This is how close I was to him! He's outside the doorway, I was right inside it. Swoon.

Then right after this moment, it was time for Lee to perform so I had to run on the stage, out the side door, down the steps to the back and steady myself and take about 300 pictures of him so I could get at least 20 good ones. Not easy because my hands were still shaking from seeing Keith!!

I couldn't believe it when I walked out and saw the crowd! It's not normally this full! 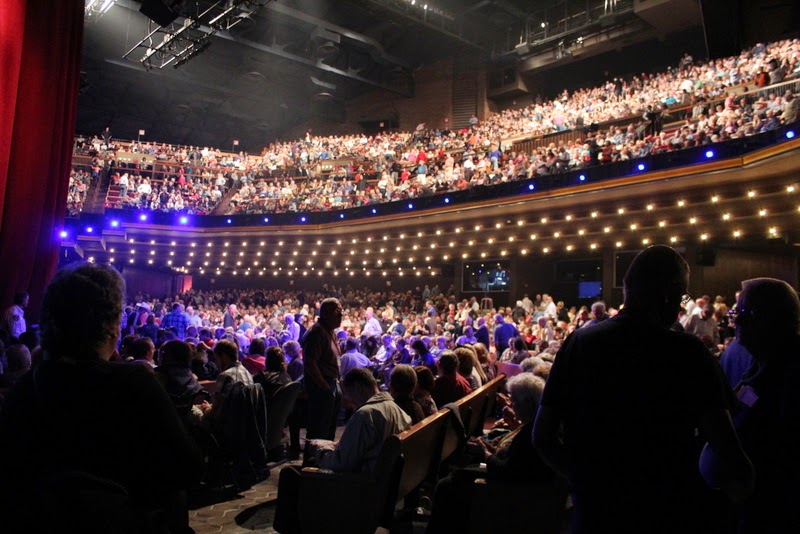 Thankfully, I gave myself a lecture in my mind and calmed down enough to get a few good shots. I love to hear Lee Greenwood sing. I've been a huge fan of his since my teenage years and I know all the words to his songs by heart. I got in the floor in front of the stage and went up and down the aisle grabbing the best shots I could. 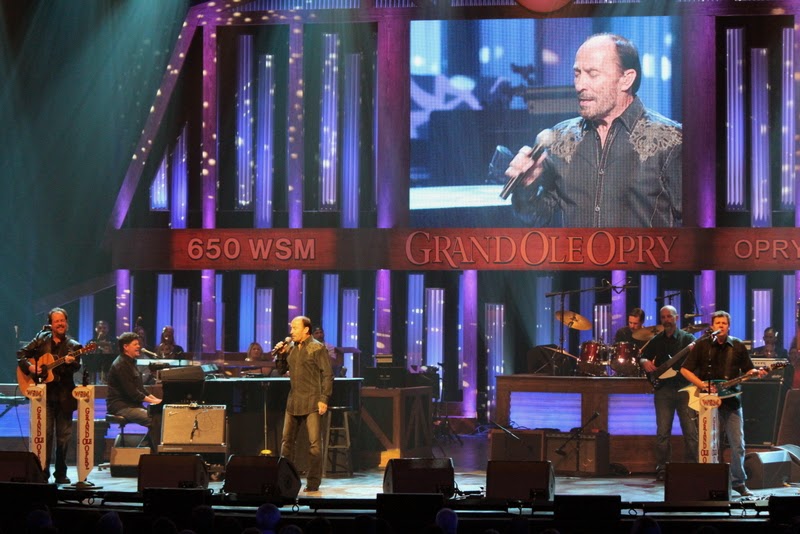 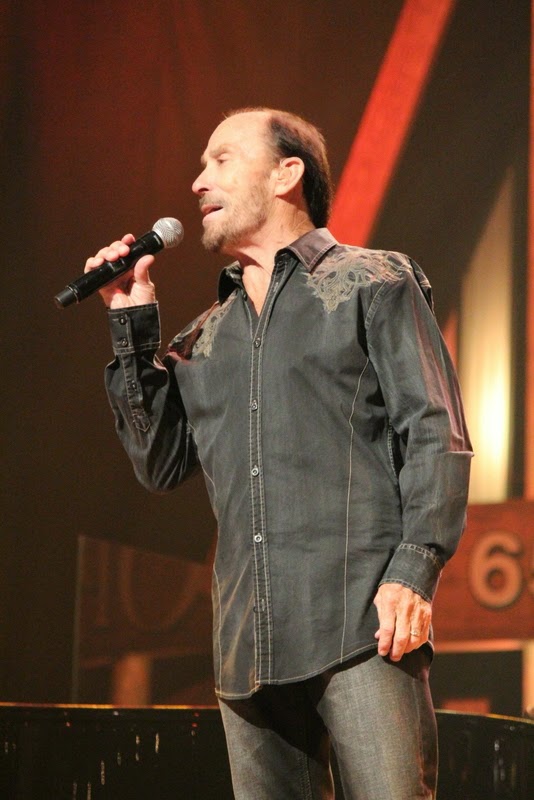 The crowd goes wild when he sings, "God Bless the USA" and I love how everyone stands! 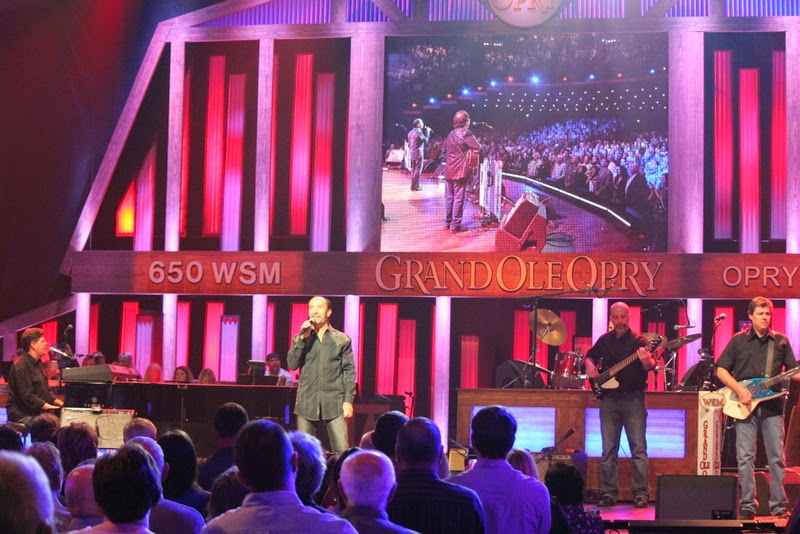 Of course I tried to get the band members too because my husband is a musician and I wish more people would get great pics of him! There's our friend, Andy, on the drums. 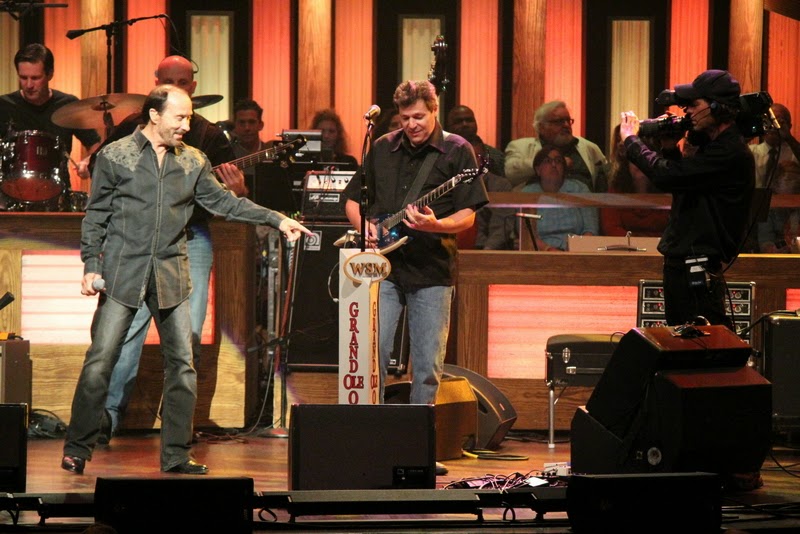 Lee was incredible, as always. Then we had a few minutes to breathe before Keith came out. He sang "Without You" by himself, on the guitar and I thought I would melt. It was incredible. We stood on stage and watched him and then we were like, "Let's go out front again!" We had to see him move! 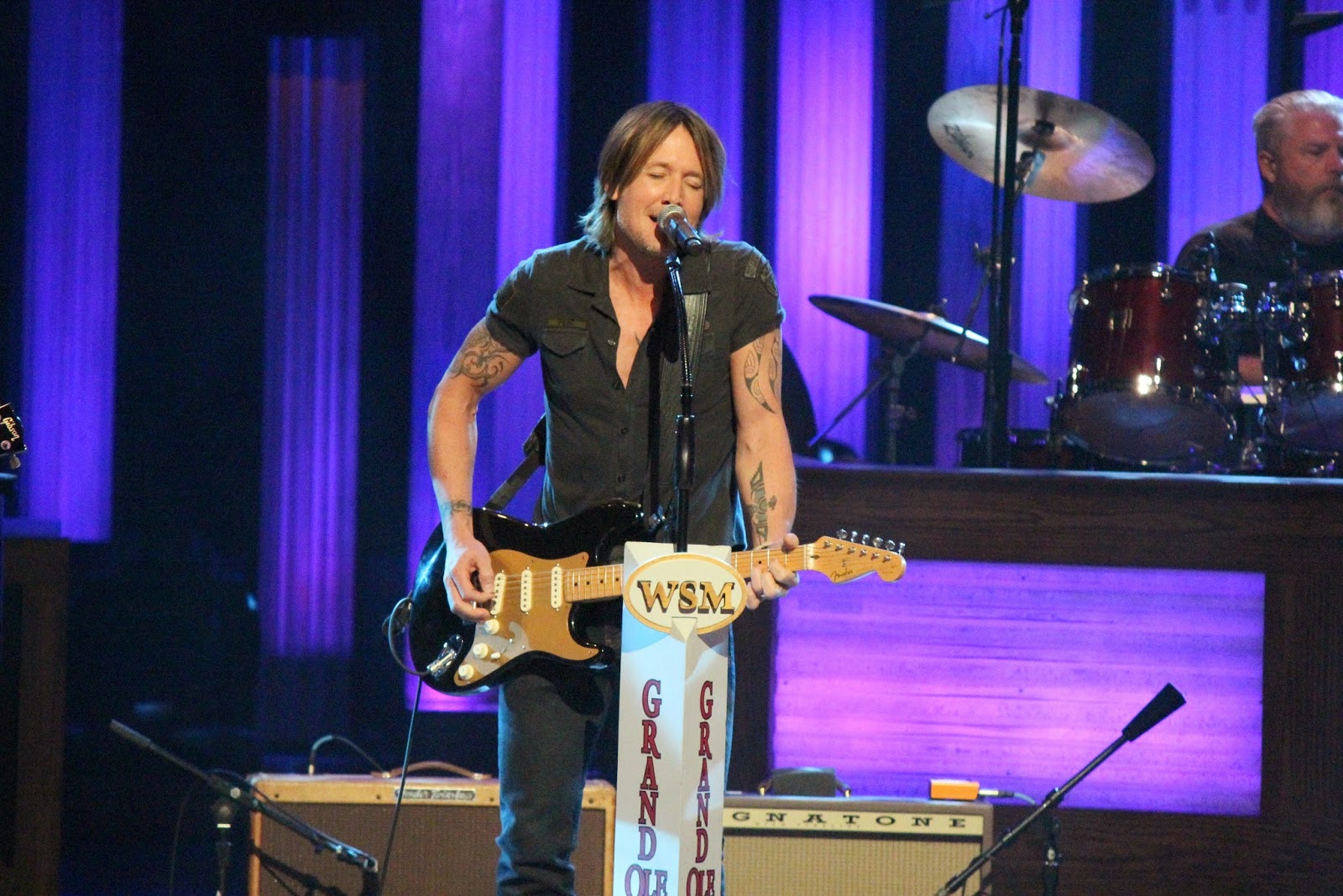 His whole band was awesome! 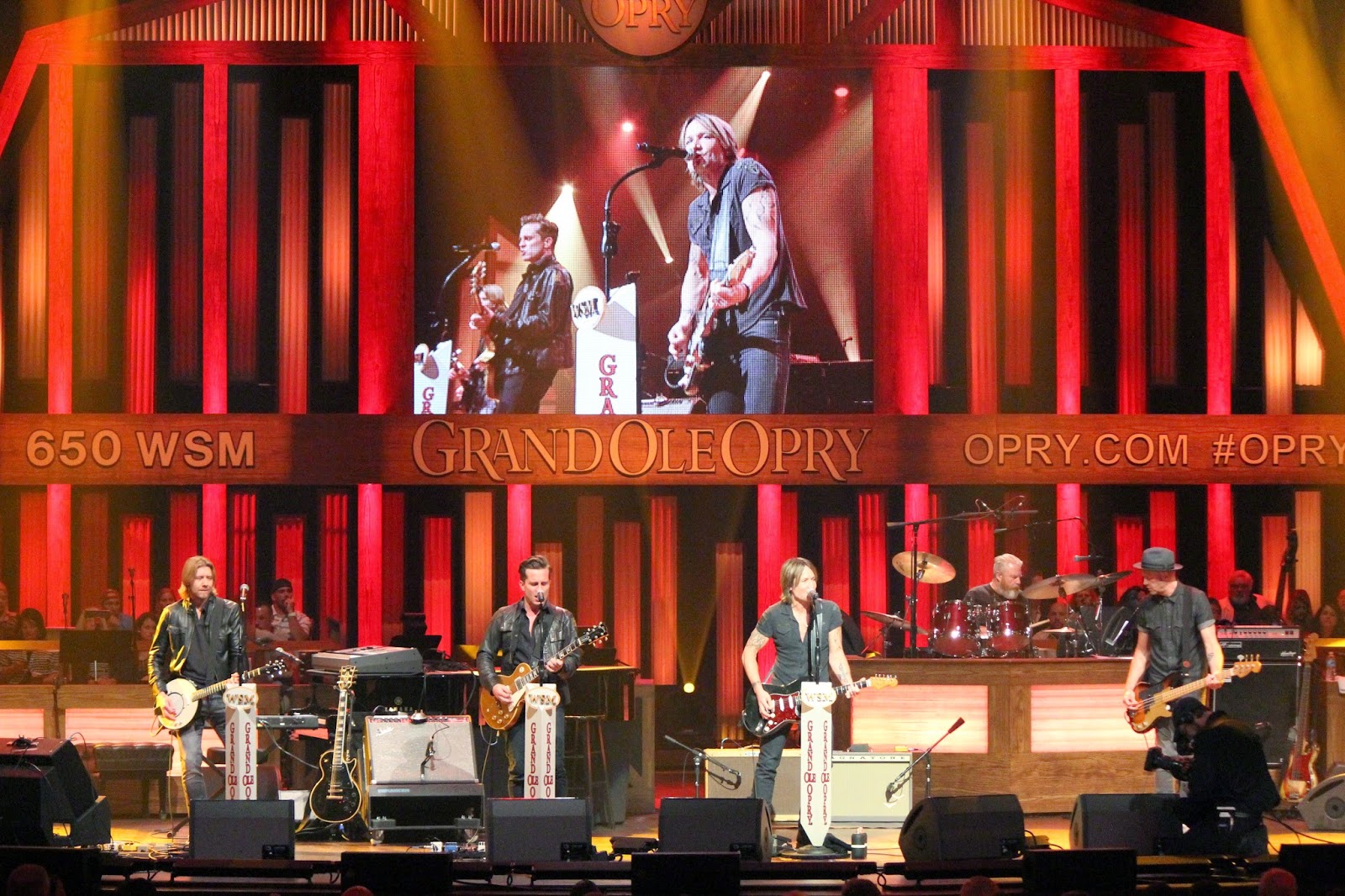 So then we went back to the dressing room, grinning like fools still and took a few pictures. (Don't we look shell shocked?) 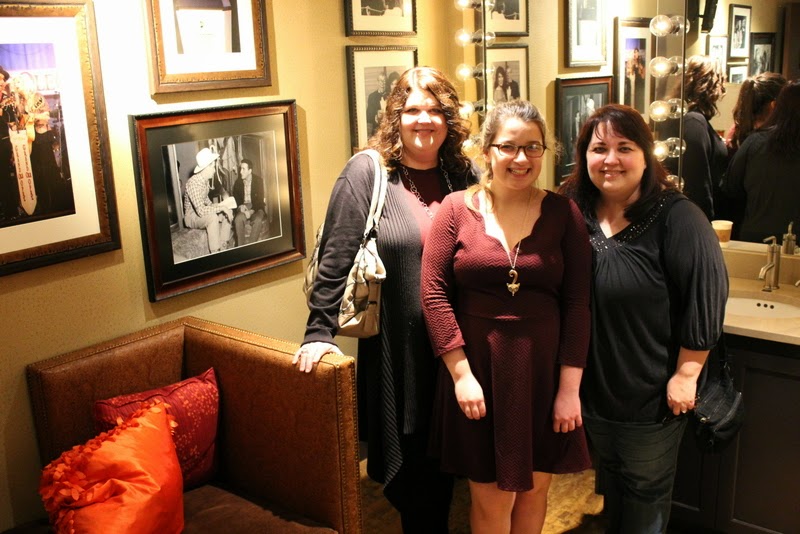 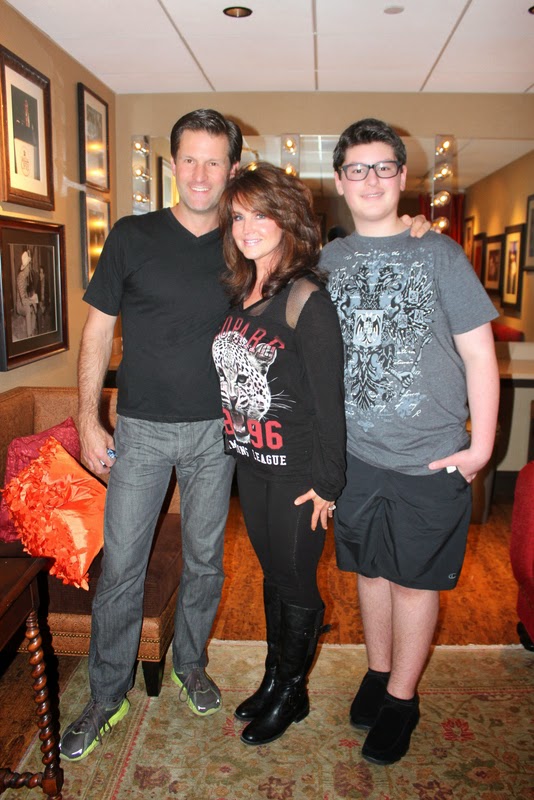 It's always super fun to be backstage at the Opry and see all the pictures on the walls, like this one in Lee's dressing room... 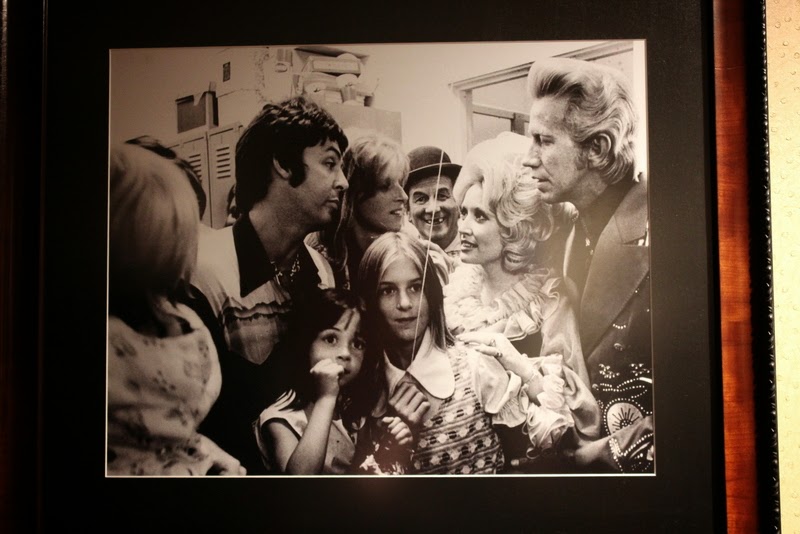 I normally look around more and chill and take pics but I was just a nervous wreck with Keith wandering around! Ironically there was a huge pic of him onstage right outside the door. I almost took one of that with me in it and said "Here I am with Keith" but there were too many people. ha-ha!

I saw Caleb Johnson (winner of this year's American Idol) hanging out and we casually got a drink and stood and gawked at him. LOL. I joked earlier in the day that Caroline might see Hunter Hayes there and then later we read a tweet that he had been there! We didn't see him but she may have fainted or something if we did so that was good.

So the best part is...on the way out (when we finally forced ourselves to leave), I stood at the door where there's a table, putting my camera in the bag and we see Keith coming our way! Well there was nowhere to go (it's a small area) so we just stood there and looked at him and he walks right in front of us, gives us a nod and all three of us just grin like idiots, not saying a word!! Then he walked up to the man at the door who has "the list" and shook his hand and said good to see him and then we walked behind him out to the parking lot and watched as he got in his super cool sports car. It was just like we were all regular people. Like we wanted to go, "Well see ya later Keith!! Good seein' ya tonight!"

Then we smiled all the way to the car and I've been grinning ever since.

Did that really happen? I'm still asking myself that every day!
Posted by TracieClaiborne at 12:09 AM

What an amazing experience you got to have, Tracie!!! Happy & excited for you!!!

you lucky duck! keith's quite a looker. yes i'm envious, but happy your life rocks or should i say twangs like that. oh vintage dolly pic i noticed paul mccartney immediately. where's that jim caviezel video?